Signs - White powdery mould appears on the leaves, stems and buds. Young growth in particular is affected. The disease is encouraged by the plant being dry at the roots with damp stagnant air around the top.

Damage - Looks unsightly and causes leaves to drop early. If the plant is well established this is a relatively harmless disease. However, care should be taken with younger plants since these may be drastically weakened.

Treatment - A fungal disease so one of the best ways of dealing with it is by good hygiene. Remove all dead leaves in autumn to prevent the spores from over wintering, burn the leaves or take them to the skip rather than use them for compost or you may well just perpetuate the problem.

Like many fungal diseases, this is caused by any one of a whole group of fungi rather than being one particlar species.

Mulch well in spring and autumn with well rotted farmyard manure to prevent the roots drying out. If possible, prune plants so they have an open shape and air can move through the branches.

Horsetail tea. Horsetail (Equisetum arvense) is a pernicious weed which spreads by underground stems that go very deep and form horizontal rhizome systems. This makes it particularly difficult to control particularly on heavy soils where trying to pull it up just breaks off the stems leaving a piece in the soil to carry on. If you have a horsetail problem, there's a bright side to it because an infusion of the weed makes a good fungicide for control of mildew on strawberries and other crops, and checks rust on celery and celeriac.

Collect the horsetail, foliage, stems, rhizomes and all, and for each 28g (1oz) pour on 1.1 Litres (2pt) hot, not boiling, water, and allow to stand for twenty-four hours. Strain off the 'tea' and use undiluted.

Elder spray.  This kills aphids, small caterpillars and is useful as a fungicide for mildew and blackspot on roses. The toxic agent is hydro-cyanic acid, so in preparing the spray use an old saucepan.

Gather 450g (1 lb) leaves and young stems of elder prefer-ably in spring when the sap is rising. Place in the saucepan and add 3.3 litres (6pt) water. Boil for half an hour, topping up as necessary. Strain through old tights and use the liquid cold and undiluted. It will keep for three months if bottled tightly while still hot.

Convalescence care - Plant diseases are often difficult to address directly, but you can help your plants get through an illness with some pampering and attention:

1 - Clear the base of any other plants, loosen any tight ties and add mulch. Make a circle of bare soil around the base of the trunk to at least a radius of 30cm (1ft), cover this with a thick layer of mulch, though don't pile it up against the trunk so it can "breathe".

2 - Give the plant a feed, a full watering cans worth, 10L or 2 gallons of suitably diluted liquid feed.

3 - Water regularly if there's no rain, a full watering cans worth once a week if it doesn't rain or if there's only a sprinkle. NOT if the soil is already damp though.

4 - Trim other nearby plants, it may be that your plant is struggling in the shadow of other larger plants and isn't getting enough light to build its strength, which plant do you want the most? 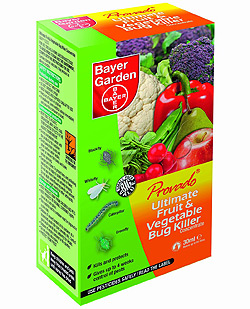 Q. I have a mature copper beech tree (easily 30 years plus) which is showing signs of poor health. It is displaying what I can only describe as a white film over the leaves and the tree itself even throughout the Summer did not have much foliage. Can you recommend fungicide pesticide? Is it mildew?

A. It's difficult to say without seeing it, but it does sound like some kind of fungus, most probably powdery mildew to which beech are susceptible. It's really too late to do much about it now for this year as the leaves will have fallen off or be about to, so it's a case of good hygiene ready for next year. Scrub the trunk and other patches with a brush and Jeye's Fluid as far as you can reach once the leaves have fallen off. Gather the leaves as far as possible and either burn them or take them down the tip, at least get rid of them out of the garden.

Whatever it is it will almost certainly re-appear next year as you won't have got rid of all traces, so at the first sight spray the leaves with a systemic fungicide and repeat at 2-3 week intervals or according to the instructions.